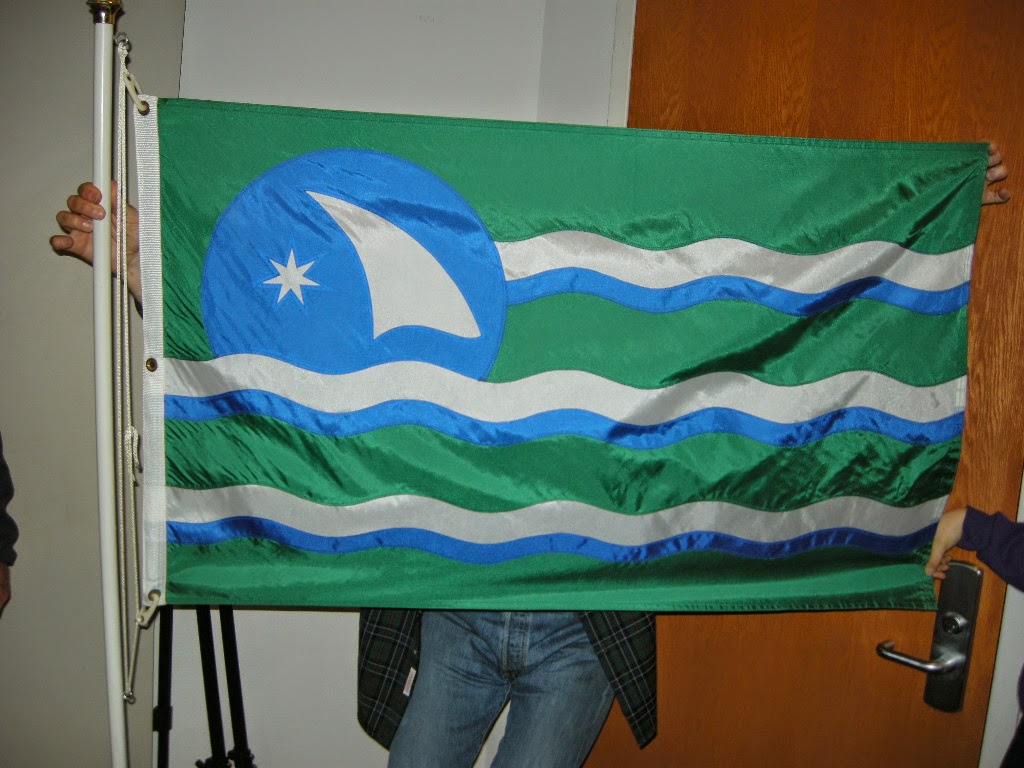 This is the flag of the not-yet-in-official-existence Cascadia, a country/nation/region that extends from Northern California up through Oregon, Washington, Idaho and British Columbia.

The idea has been around since at least the 1970s. Boundaries of Cascadia are based on geography and geology rather than on wars or political decisions that might have been made half a continent away.

I first encountered the notion (or something similar) in the works of Ernest Callenbach, a Pacific coast author. He called the region Ecotopia. The basis of that nation was the will of its people to live in ecological harmony with the earth. Shortly after Callenbach's death in 2012, a kind of manifesto of farewell was published -- a document found on Callenbach's computer called "Epistle to the Ecotopians". It's an important document and worth taking the time to read. If you click here and then scroll down, you'll find it. I'd recommend waiting for a time when you don't have to simply skim it. Have a cup of tea at your side, and settle in for words that will likely echo long after you finish.

This past weekend, I participated in the Second Cascadia Poetry Festival, held in Seattle, Washington, the heart of Cascadia. I say the heart, as that's where David McCloskey, a geographer known as the Father of Cascadia taught for many years. As part of the festival, McCloskey presented a session explaining the many unique characteristics of our region.

And the poets, well they certainly demonstrated some of the artistic attributes and elements that make this region so special.

The two most remarkable panelists (for me) were Stephen Collis, who spoke about innovation in poetry, especially as manifested by work in our region and Derek Sheffield, who gave the most lucid explanation of eco-poetry eco-poetry 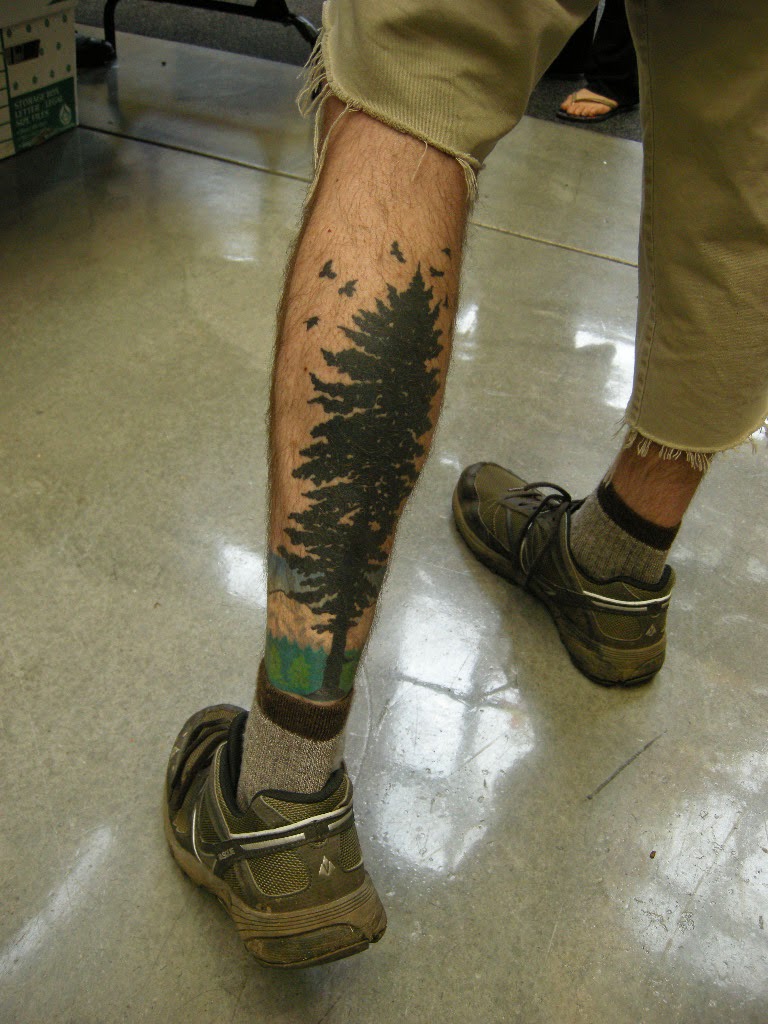 The festival was an extended weekend (Thursday through Sunday, with follow-up on Monday morning) that will remain lodged in memory for a long while.

The idea of Cascadia is an important one. One man I met takes its message and goals seriously enough that he's decided to wear one of its emblems on his skin for the rest of his life.

Hmm. I'm not ready to go as far as a tattoo. Still, I'm ready to start counting sleeps until next year's Cascadia Three. That will happen this side of the invisible (geographically, at least) border, in Nanaimo, BC.
Posted by hg at 5:08 PM