A basket of world peace? 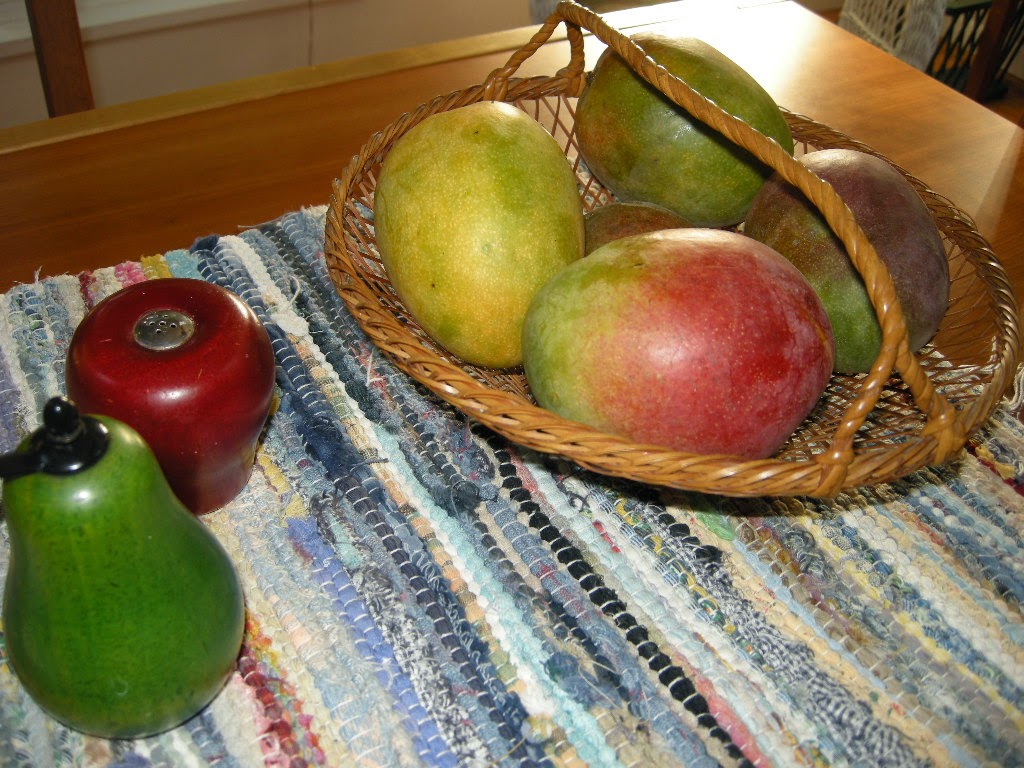 I don't suppose a basket of mangoes looks much like a recipe for world peace. Still, I think they have possibilities.

Yesterday at the produce store, I found myself drooling (only mentally, I promise) over the boxes of mangoes that were on sale. Buying by the box was a lot cheaper than buying individual ones would have been, but a dozen ripe fruits seemed like too many to buy at one time. After all, there are only two of us.

When I noticed another woman who appeared to be making the same mental calculations, I turned to her and asked, "Would you like to share a box of those?"

She thought that was a great idea, so we chose a box. She bought it and I handed over the right amount of cash to close the deal. We split up the fruit and voila! Each of us had what we wanted.

Maybe it wasn't exactly world peace, but it felt as though we'd taken a small step toward 'community' -- that network of people who look after each other and help out, so often in small and simple ways.

This morning's news has a piece about 100-in-1 Day, an event scheduled for June 7th in Vancouver. Lots of friend-making and other community-building actions are being set up. While this sounds as though it requires a formal approach (devising an event, registering it), it does seem a good step.

As for me, I think I'll stick with the little, spontaneous things that present themselves in the course of the day-to-day. But first, I'm going to take a lunch break and eat a mango.
Posted by hg at 12:26 PM