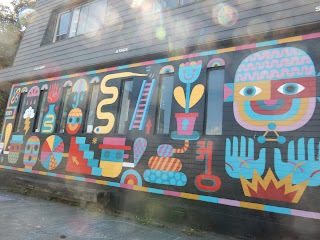 It's been a kind of crazy time, with so much going on I can hardly slow down long enough to put my fingers to the keyboard. Still, there's been so much cool arts-related stuff, I probably have to post at least a few details.

Sunday the 28th (yep, over a week ago) started with me getting on the bus (something I've been doing a lot of lately, especially with fuel at $1.70 or higher) and heading into Vancouver for an exhibit getting ready to close. It was part of the Capture festival, an annual series of exhibits that's sure to engage anyone interested in photography.

Bizarrely, I was the subject of one of the photos in the show I was invited to visit -- not the usual for me, as I'm not exactly the most photogenic person in the world. Still, I was certainly honoured to be included in a show about "Women in the Way"-- women who've made strong social comments or initiated important changes. The woman I was most thrilled to meet there was Vancouver City Councillor Jean Swanson. She's long been a voice for decent treatment for the homeless and for protection for renters, especially from the recent spate of 'renovictions'.

Later I visited the Vancouver Art Gallery, where I strolled through a few of the current exhibits. The one I enjoyed most featured the French Moderns. The pieces weren't the 'usual' images one associates with these artists, but because I'd had such a wonderful art teacher in high school -- where we were led to really know so many of those painters, it felt like I was visiting a bunch of old friends.

But the part of the day that will probably stay with me the longest was a workshop offered at the main branch of the Vancouver Public Library. It was up on the 9th floor, an open space that's the closest I'll likely get to being able to spend time in a penthouse. The topic? Haiku. 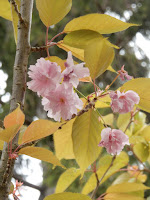 Who'd have thought that a two-hour workshop could be as enlightening as this -- certainly not me. But I'd gone with an open mind, and luckily so, as I learned more in that 120 minutes than I ever have in any other workshop I've ever taken. And amazingly, this one was free. Now, that's a library that offers valuable community programs!

Leader of the session was Michael Dylan Welch, an amazingly clear and engaging teacher who dispelled the many myths about haiku I'm sure most of us had been carting around for years. I do hope you'll click on the link to his website because if you're interested in writing almost anything (especially if you have poetic leanings), you're sure to find an immense amount of not only information, but also inspiration. 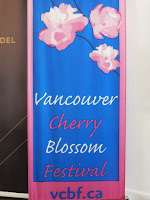 And if visiting there inspires you, there's still time to enter the Vancouver Cherry Blossom Festival's yearly Haiku Invitational. There's no cost to enter a maximum of two haiku. Give it a go.